FLEXITUBE IN THE PUPPETRY JOURNAL 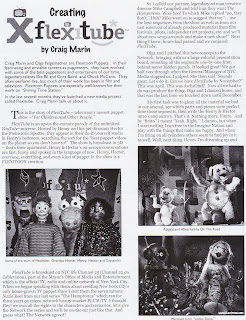 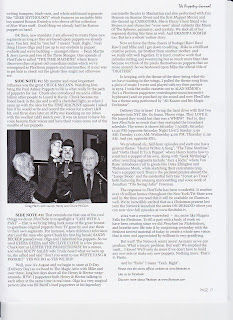 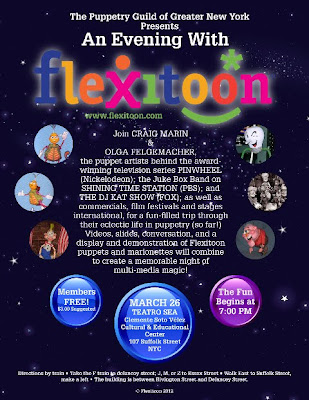 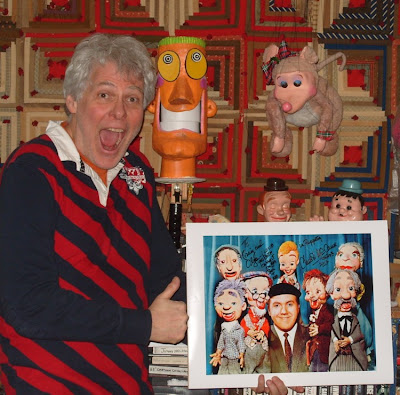 Hey! My birthday present arrived! It's the large colorful beautiful autographed LET'S HAVE FUN POSTER! If I were a kid I woulda died, so I'm glad I didn't get it as a kid so I could be here now to show it to you! Joy unbounded.
Posted by Craig at 6:41 AM 3 comments:

When we did the Shining Time Station Home Videos, I floated the idea of giving the band a loud- mouthed manager. Executive Producer Rick Sigglekow liked it so I created JJ SILVERS. I based him on two of my favorite character actors: Phil Silvers & Walter Matthau. 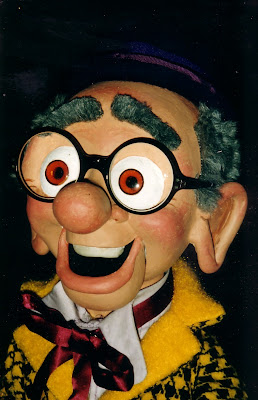 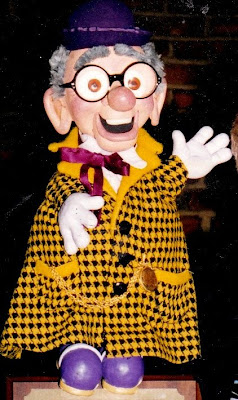 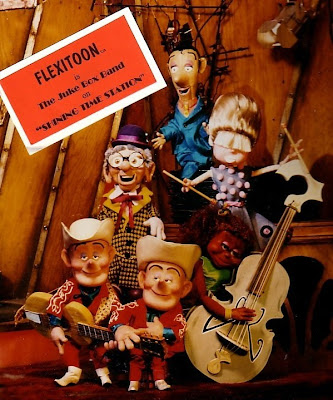 Several too many years ago we were asked to create a puppet video for the MET LIFE BLOOD DRIVE.
We came up with "THE GIFT OF LIFE - - THE ADVENTURES OF RUBY AND RED". 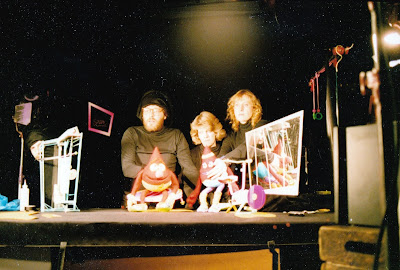 Olga (below) played RUBY and was my face RED! 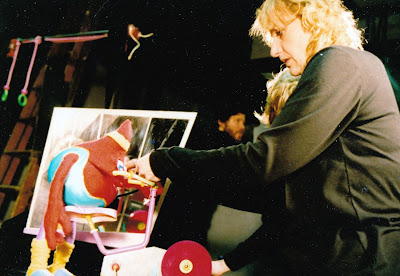 We were assisted on the shoot by popular Cabaret singer
MOLLY SKATES (below RIGHT). 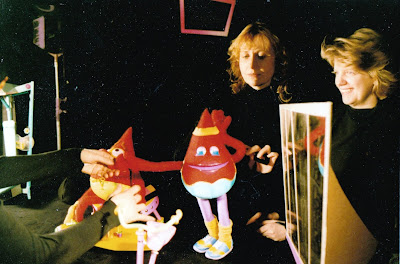 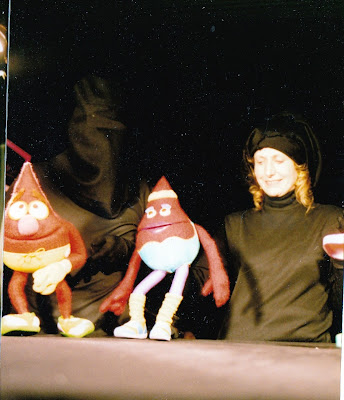 (I'm the Puppeteer In The Hood.)
The film ran for a year on monitors in the lobby and throughout the
Met Life Building in Manhattan. 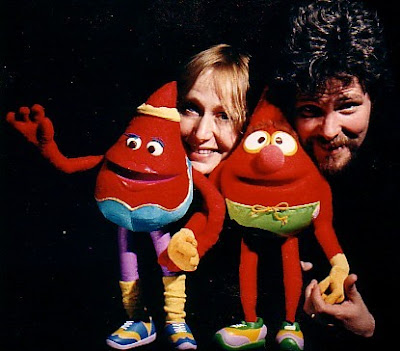 We met so many great fans this past weekend. Gary M. Kenny, CC2K Comics Editor, just sent us this video he made. It really captures the vibe of the event.

It was May 21, 2011 and we had a rapturous time. May 22nd too.
IT WAS WIZARD WORLD/BIG APPLE COMIC CON!
We were surrounded by Superheroes in Spandex and Comic-book Artists in their element, yet there we were with our television puppets from so many childhoods.
And the response was ecstatic!
So (so) many people would spot us - - look away -- look back and go OH MY GOD!!! as the memories of long ago flash-flooded to the forefront of their present.
(click on the pictures) 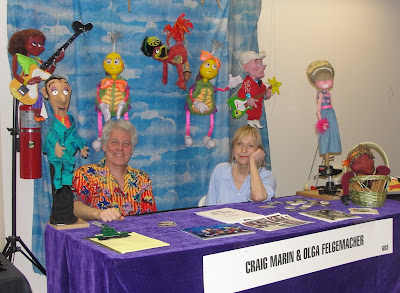 See TITO SWING on my right? I had him positioned so that as folks would notice him he would wink at them. You should've seen the double takes!
Some people were crazy for the Juke Box Band from SHINING TIME STATION. DJ KAT pulled a strong response too. Others went weepy for PINWHEEL. Bobby Moynihan from Saturday Night Live stopped by to say hello to the Hobo Bugs he watched as a kid. (He took a picture with the puppets. I asked him to e it to me and if he does I'll post it. Bobby was terrific!) 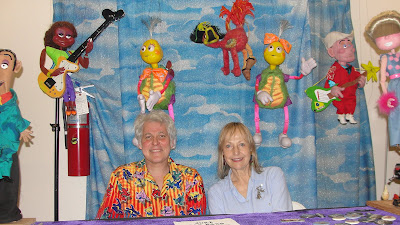 We were also visited by fellow puppeteer James Wojtal. . . 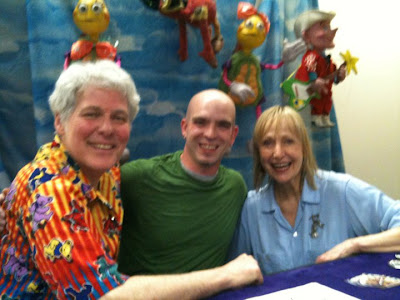 A great experience. To have planted our imaginations into so many young minds and to have had it take root was a wonderful confirmation. The puppets (who have aged far less than the rest of us!) could not have been happier!
We are so looking forward to launching our next puppet project. Stay tooned.